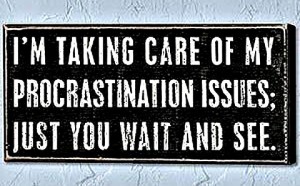 I’ve spent the past week cleaning the house. This means that everything has been dusted, polished, scrubbed, vacuumed, mopped, laundered, ironed or just put away. It also means that drawers and cupboards are full to bursting and can’t be opened for fear of having items lunge out at you. I hope that I will be able to keep the place clean as I slowly go through every drawer, cupboard and box looking for things to “release”. It’s gonna be a big job; I’ve got 300kg to find.

Now that that’s all done, it feels like 2012 is really over. (Yes, I know it’s been a few days.) With that in mind, here’s my usual ruminations on the year that was.

1. What did you do in 2012 that you’d never done before?
Cooked asparagus, touched an elephant, made pasta, segmented an orange, made ice cream, dined at a Michelin starred restaurant, rowed on the Thames, made meatballs (so many, many meatballs) and cooked with buttermilk.

2. Did you keep your new years’ resolutions, and will you make more for next year?
I didn’t make any last year. This year I plan to get 300 hours of exercise, throw away 300kg of stuff and have 30 “meetings”.

3. Did anyone close to you give birth?
Naomi had a daughter.

4. Did anyone close to you die?
Unfortunately, Eugene passed away. He still owed me a beer.

5. What countries did you visit?
The Maldives, Thailand and France.

7. What date from 2012 will remain etched upon your memory, and why?
The day before my birthday, wandering around Paris, window shopping, actually using my French and eating glorious food. Apart from the celery mousse for dessert.

8. What was your biggest achievement of the year?
Completing the Bikram 30 day challenge.

9. What event made you stronger?
Completing the Bikram 30 day challenge.

10. Did you suffer illness or injury?
A sprained ankle, a few minor colds and one big one.

11. What was the best thing you bought?
Flip flops, aviator sunglasses and a blender.

13. Whose behavior made you appalled and depressed?
Surprisingly, nobody’s.

14. Where did most of your money go?
Groceries and bills.

17. Compared to this time last year, are you:
i. happier or sadder? Happier.
ii. thinner or fatter? Thinner.
iii. richer or poorer? Poorer.

18. What do you wish you’d done more of?
Getting out of the house.

19. What do you wish you’d done less of?
Watching TV and stressing about exams.

20. How did you spend Christmas?
I spent it with my husband, cooking a goat and catching up on episodes of University Challenge.

21. How many one-night stands?
Zilch. I think I need a new question here…

22. What was your favorite TV program?
So hard to choose. I can’t decide between Community and Revenge.

23. Do you hate anyone now that you didn’t hate this time last year?
Nope.

24. What was the best book you read?
Fiction – All quiet on the western front by Erich Maria Remarque
Non-Fiction – Let’s pretend this never happened by Jenny Lawson

25. What was your greatest musical discovery?
This YouTube video

27. What was your favourite film of this year?
Probably The Avengers

28. What did you do on your birthday, and how old were you?
I turned 35. I went to Paris and ate way too much food.

29. What one thing would have made your year immeasurably more satisfying?
A bit more self-confidence.

30. How would you describe your personal fashion concept in 2012?
Exactly the same as last year. I am still sorely in need of a makeover.

32. Which celebrity/public figure did you fancy the most?
Louis Smith was pretty nifty.

32. What political issue stirred you the most?
I kept right out of politics.

33. Who did you miss?
My family and friends.

35. Tell us a valuable life lesson you learned in 2012:
Always have two feet on the floor before getting out of bed.

36. Quote a song lyric that sums up your year:
“Something has changed within me
Something is not the same
I’m through with playing by the rules
Of someone else’s game
Too late for second-guessing
Too late to go back to sleep
It’s time to trust my instincts
Close my eyes: and leap!”